Would you trust a voltage indicator with your life and your business? 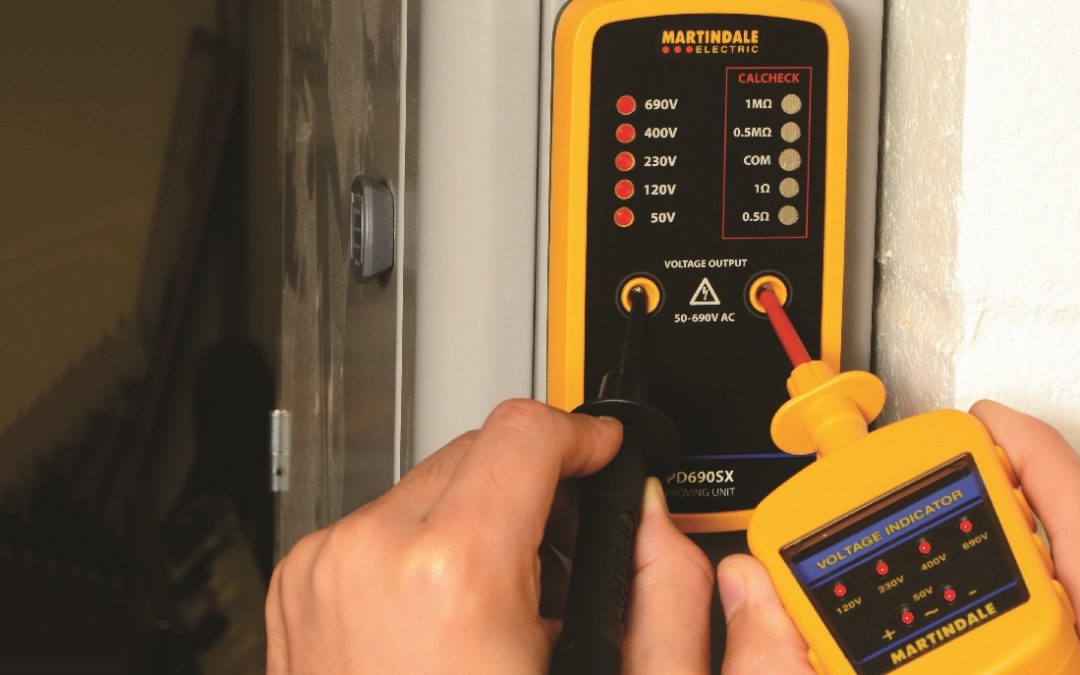 If you are already using voltage indicators as part of your electrical safety processes, then you are creating strong foundations for a robust and safe isolation procedure, but it does not end there.

With electricity cited as the root cause of about 1000 accidents at work each year, along with increasing financial penalties and custodial sentences extending to employees as well as Directors, as per section 37 of the Health and Safety at Work Etc Act, developing safe isolation processes to guarantee a more rigorous electrical infrastructure that safeguards people and assets has never been more vital.

The best voltage indicators (VI) for safe isolation are fully compliant with the current standards and have been engineered with safety in mind, eliminating batteries and switches that could lead to false indications. Whilst VI’s are designed with inherent reliability, it is still vital to verify the performance of the voltage indicator itself.

The importance of confirming that the test instrument is working correctly is as important as confirming that an appliance or piece of equipment being tested is dead – and that there is no possibility of it becoming live while you are working.

The criticality of this cannot be overemphasised. VIs should be proved using a known source or preferably a proving unit – both before and after testing the circuit.

Our GS38 compliant VI13800 and VI15000 voltage indicators have been designed to work without the need for a battery; but if you are currently relying solely on a battery-operated device to provide a positive indication and that battery is flat, then you may not be able to prove that a circuit is dead.  Equally, you may not hear the buzzer alert due to background noise. A lack of positive indication does not always prove absence, which is why the cross-check with a proving device could quite literally be a lifesaver.

How can you be sure of safe isolation and proving dead?

It is recommended to use a dedicated proving unit matched to the VI in order to fully test that all LEDs on all ranges of the VI are working – safeguarding against incorrect readings due to a faulty LED, for example. A proving unit is safer than the mains and provides a live source wherever you are working – with no need to leave the working area.

By incorporating a proving device into an electrical safety process, that process becomes inherently more robust and reliable. Although a relatively simple addition to the process, when working with or near electrical systems and equipment a proving device can significantly reduce the risk of electrical injury to you and others around you.

There have, tragically, been many instances of injury and loss of life where personnel were working on circuits that were believed to be dead when they were not or had been inadvertently re-energised. As an industry, we have a responsibility to educate as broadly as possible.  It is entirely possible to minimise these risks and develop safer working practices through relatively simple changes and the introduction of safe isolation procedures.

As a result, we invest in ongoing development work to make it easier than ever to keep yourself safe. Our proving devices are available as individual units to supplement existing devices – but we have also created a package, together with voltage testers and lamps, which we hope will encourage the routine testing of indicators every time they are used.  We want to help the industry create new – safer – habits when it comes to electrical safe isolation, whilst always ensuring compliance.